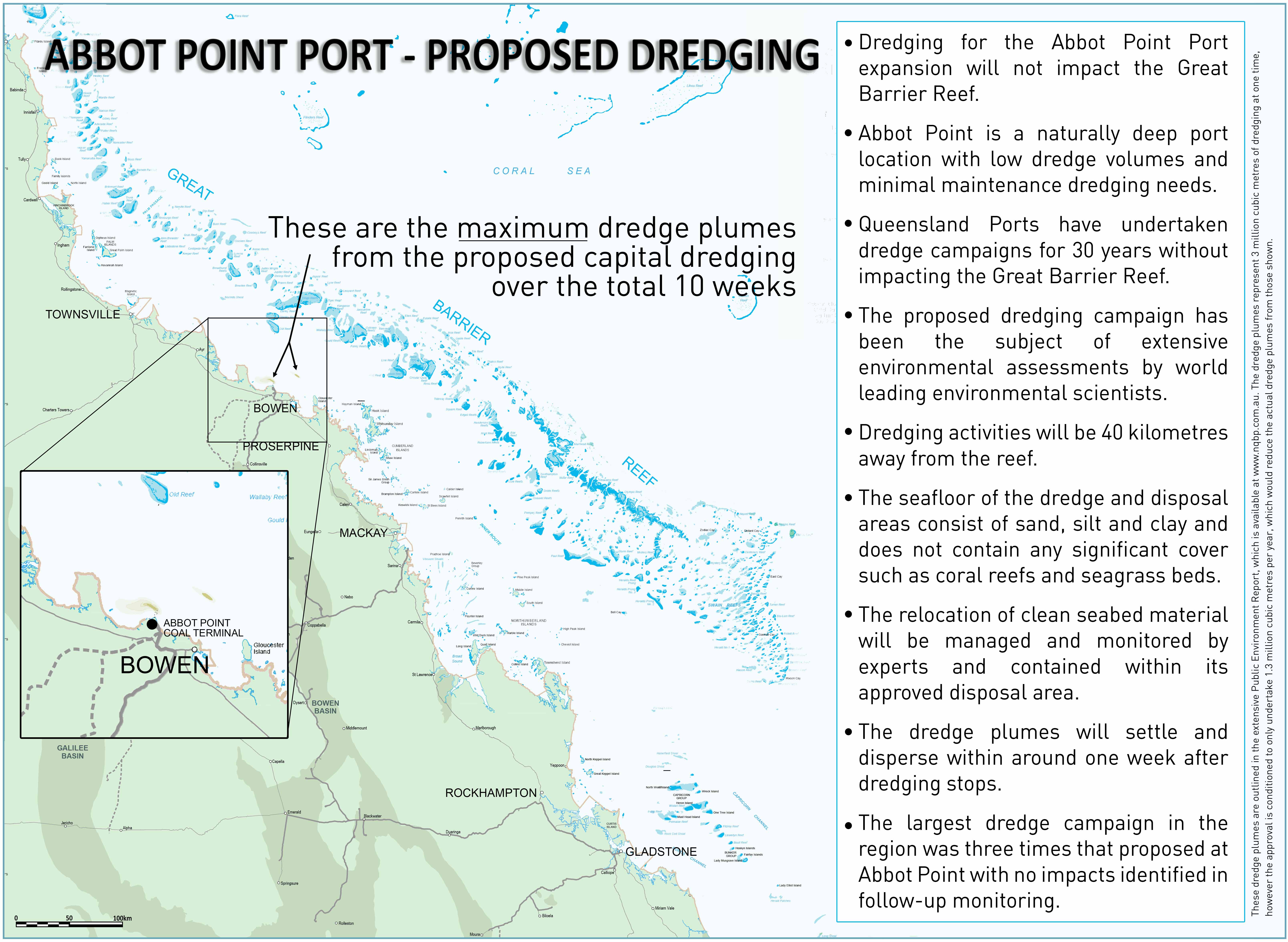 The development of the Galilee Basin represents one of the most significant pieces of regional and economic development that Queensland has seen for decades.

A key piece of infrastructure for our proposed operations is the development of ‘Terminal 3’ at the existing Abbot Point Coal Port.

This proposed development has been the focus of one of the most extensive environmental assessments for a Port facility in Australia, with the assessments guiding approvals from State and Federal Government, as well as Great Barrier Reef Marine Park Authority.

It is important to understand that the proposed dredging for the expansion of the existing Abbot Point Port will not impact the Outstanding Universal Value of the Great Barrier Reef.

The above map shows the maximum size of the plumes generated from the proposed dredging and relocation, which clearly outlines just how localised the temporary impacts of the dredge campaign will be.